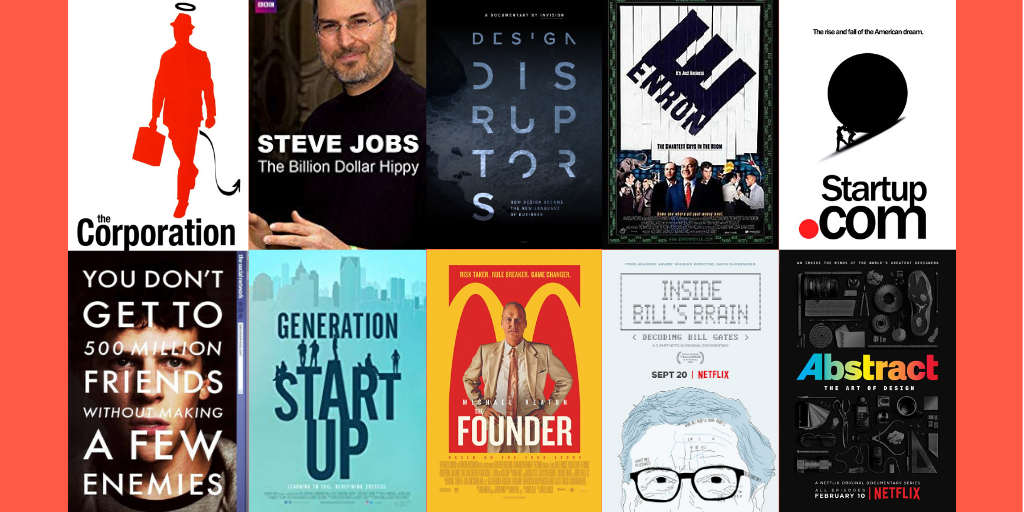 Are you a startup founder who is preparing for the holidays with mixed feelings. On one hand you’re looking forward to a well earned break, yet on the other that two week window where everyone else is filling up on Baileys, mince pies and re-runs of Only Fools and Horses feels like a ripe opportunity to steal a march! We’re here to help, with a guilt free Christmas watch list that’s specially curated to simultaneously take your foot off the gas and stimulate your entrepreneurial muscle.

So here’s our list of ten must-see films and documentaries that are sure not only to entertain, but to educate, inspire and motivate you for the coming year of startup success. If you’ve got any other suggestions for good ones we’ve missed from the list, drop them into the comments at the bottom of the page 👍.

This film follows six entrepreneurs through the first stages of their startup journey, capturing the struggles and triumphs of the founders who put everything on the line to build startups in Detroit, USA. Shot over 17 months, it's a candid, honest, in-the-trenches look at everything it takes for six young founders to launch their startups.

This documentary gives an insight into legendary innovator and businessman Steve Jobs, decoding his life and the formula that took Apple from a garage in California to the global behemoth it is today. Featuring excerpts from his closest confidants including Apple co-founder Steve Wozniak and ex-head of Design Jonathan Ive. It pulls no punches in covering his rise, fall and triumphant rise again and how he created quasi-religious levels of devotion among some of the Apple customers.

3. Enron: The Smartest guys in the Room

This film is based on the best-selling book of the same name which covers arguably the largest business scandal in American history - the collapse of the Enron Corporation. This is a great watch that brilliantly demonstrates how greed and a highly competitive market drove a business to many underhanded tactics to make money at any cost. A thought-provoking and shocking example of modern corporate corruption.

The film shows Mark Zuckerberg as a Harvard student and the very early stages of how he creates the social networking site that would become known as Facebook. It follows the journey through to six years later when he is one of the youngest billionaires ever. Covering details of how his unprecedented success leads to personal and legal complications when he is sued by the twins who claimed he stole their idea, and by the co-founder who was later squeezed out of the business.

This three-part documentary tells Bill Gates’ life story, in-depth and unfiltered. The series explores the mind and motivations of Bill Gates, former CEO of Microsoft, with candid interviews from family, friends and business partners,including the likes of Warren Buffet, who share their insights on what makes him tick. It covers the early work setting up Microsoft and his skill in scaling it and the success that brought him. And how this continues today in his philanthropic ventures as founder of the Bill and Melinda Gates Foundation, together with his wife. Where he continues to pursue unique solutions to some of the world’s most complex problems.

This is the story of Ray Kroc, a salesman who turned two brothers' innovative fast food eatery, McDonald's, into the biggest restaurant business in the world. The true story of a struggling salesman who met Mac and Dick McDonald, who were running a burger operation in 1950s Southern California. Kroc with a combination of ambition, persistence, and ruthlessness manoeuvres himself into a position to be able to pull the company from the brothers and create a multi-billion dollar empire.

7. Abstract: The Art of Design

This is an 8 part series that studies the minds of innovative designers from a variety of disciplines and explores how design can impacts every aspect of life and business - without us even knowing it. The documentary stars many design elites including New-York’s illustrator Christoph Niemann, Tinker Hatfield who is most notably known for his involvement in developing the Air Jordan 3 series and Paula Scher, who is commonly regarded as one of the most influential graphic designers in the world.

This is a 2001 documentary film that examines the rise and fall of the real-life startup GovWorks that raised $60 million from Hearst Interactive Media, KKR, the New York Investment Fund, and Sapient. It's good viewing to better understand the boom and bust of the dotcom period and serves as a cautionary tale on how friendships can easily be threatened by business partnerships.

A documentary that looks at large scale corporations, and asks the question ‘what type of person would a corporation be?’ The evidence, according to such political activists as Noam Chomsky and filmmaker Michael Moore, points to a bad one, as it aims to expose IBM's Nazi ties and these large businesses' exploitation of human rights. The book that it’s based on ‘The Corporation: The Pathological Pursuit of Profit and Power’, gives you some insight into the narrative this follows. It’s a humbling and thought provoking exploration of large scale corporations and the role that business leaders decision making has in impacting consumerism, society and possible futures.

The documentary explores how influential companies such as Airbnb, Facebook, Netflix, Pinterest and Spotify have put design first and consequently transformed how we conduct our everyday activities. It’s beautifully shot and ties together inspirational stories of designers who challenged the status quo and by doing so have dramatically impacted their industries and the entire world. 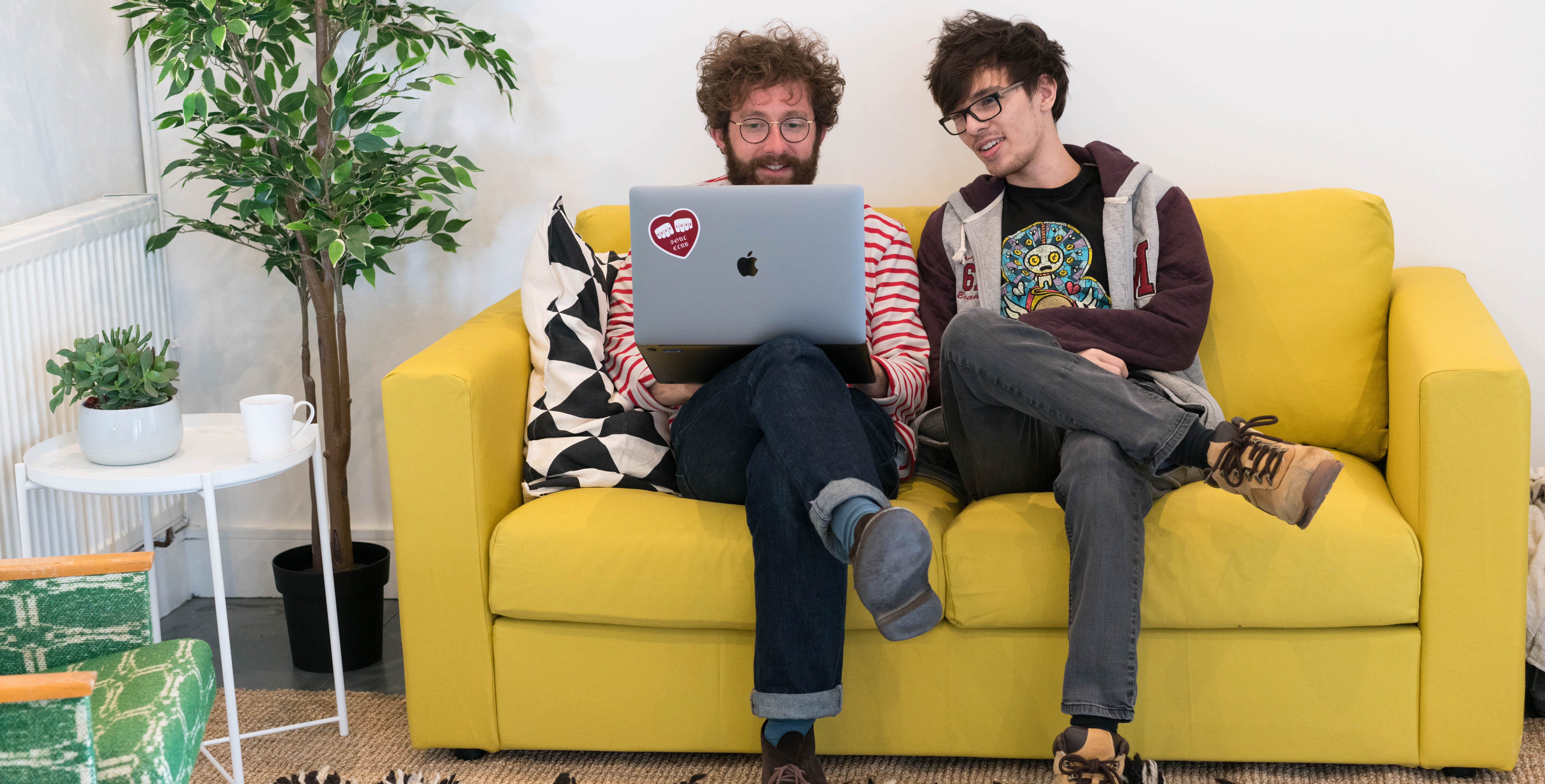 How to explore the problem for a winning st...

Startup ideas should solve problems. But, too many founders start their... 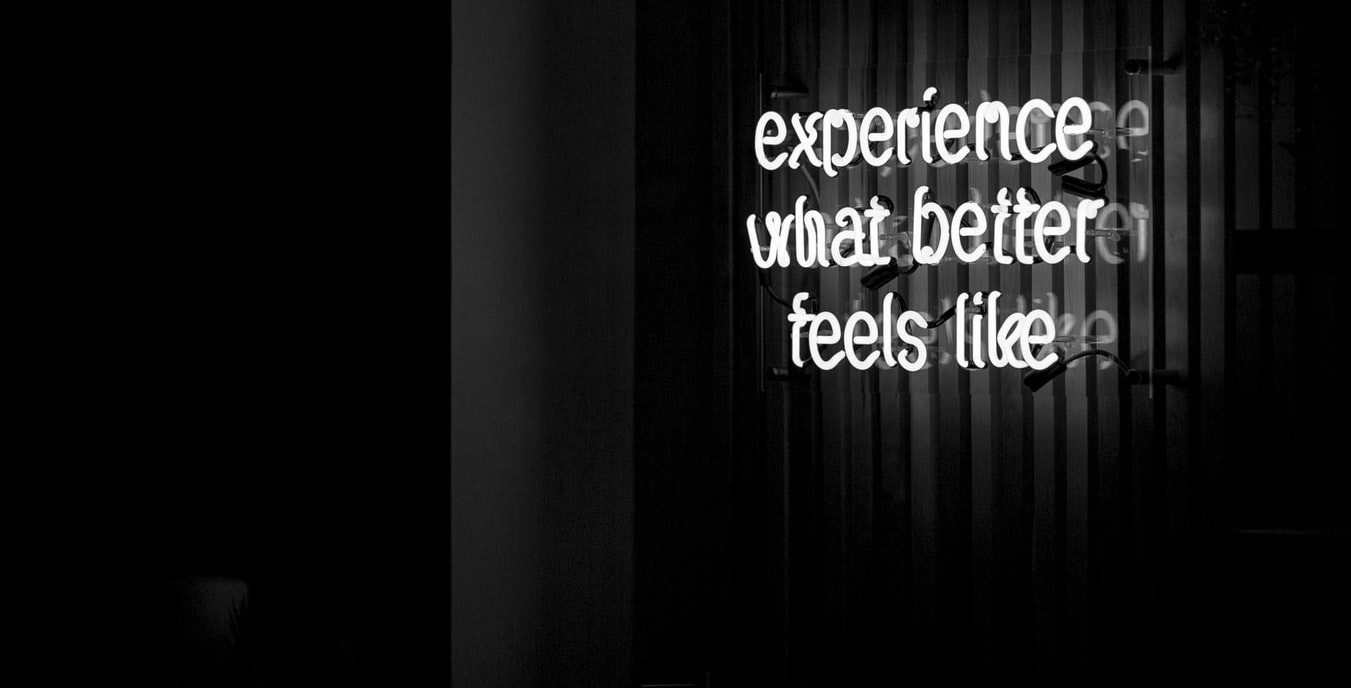 How Startups Can Use Feature-Benefit Sellin...

Think for a moment about the last time you bought a new car. You went...