Why failure is great when building a tech startup 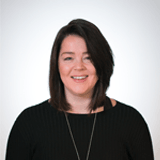 You may have heard the expressions ‘fail-fast’ or ‘fail-forward’. At Nova, we believe failure is a key part of creating a successful startup. Here’s why we embrace failure and encourage our founders to do so too.

Fail-fast systems are used to prevent you from going down a possibly flawed route by quickly stopping normal operation to address an issue. In contrast, a ‘fault tolerant’ system means initial problems can go unnoticed until further down the line. This makes it much harder to recognise the true point of failure. When you apply this thinking to technology software or a business, you can start to see how this will be beneficial.

When did failure become part of startups?

Eric Ries' 2011 book ‘The Lean Startup’ advocated the principle of ‘fail fast’. He put an emphasis on incremental development and testing to seek value in the ideas of a startup. The purpose of this was to ‘pull the chord’ when an experiment highlighted something as not working, and to move as quickly as possible in trying something else - a practice known as ‘Pivoting’.

Why are people scared to fail?

The problem is, humans intrinsically feel uncomfortable with failure, a principle called ‘The Sunk-Cost effect’. We’re uncomfortable with the level of vulnerability required to admit to being wrong. So we continue to invest time, money and effort in pursuing a failing idea in the bid to avoid looking bad. But what if we could be braver? What if we could put our embarrassment on the backburner, and experiment to test whether something really works or not before the commitment has advanced too far?


Think about when you learn to play an instrument, we don’t really see it as a failure when we hold the instrument wrong and make countless mistakes going over those scales. That’s because with each mistake comes an understanding of what not to do and therefore what to try next - we don’t give up nor do we carry on making the same mistakes. Likewise, when people know you have just started your journey, they are way more gracious when you make mistakes. This is the same with early adopters - they’re more likely to accept the faults when you get them involved in early product experiments.


It’s worth pointing out that we are not advocating the ‘seeking out’ of failure. You don’t want to strive to fail. Failing for failure's sake is pointless. No one wins, and there is nothing to be gained. What we want is for our founders not to be afraid of failure.


We have to be clear on two things:


When we fail, typically we fail to achieve something we have aimed to succeed at (obviously this isn't ideal!). However, if we’ve started out with some assumptions, like how we think people may behave to a particular issue and fail because those assumptions are wrong, it's very likely we will have gained something by observing the real user behaviour.


But don’t stop there. We need to acknowledge that those assumptions have changed, so that we can then do something with that information. When failure leads to learning, which then leads to making a change and then is followed by success, we want to fail as fast as possible to get that learning, or better yet, try something and not fail.


Let’s be clear, assumptions are really important in all of this. They should be captured and accepted as assumptions. If not, assumptions can be presumed as a fact by others. This can be a dangerous path, leading to future unforeseen failure and a lack of focus on any learnings around that information.


Beware of confirmation bias - this too can trip you up. Let’s say you make some assumptions, create an experiment and get a varied set of insights. We are drawn to the information that ‘appears’ to confirm what we already believe. We may be tempted to ‘interpret’ that information so it matches our initial belief. At Nova, we bring a varied team of people to support the founder in these experiments. This allows us to sanity check the outcomes of experiments and reduce the risk of confirmation bias.

The Nova approach works by giving something a ‘try’. We believe this will allow us to gain insights faster than spending time on lengthy market research activities or heuristic studies. We encourage a culture of inquisitive, creative, brave cofounders - ready to experiment quickly in order to:


We want founders to be willing to take risks. Consider large organisations who fear failure, hide mistakes or pretend those strange outcomes were part of a bigger organisational strategy. It only cultivates a toxic environment where nobody is willing to take risks anymore, which means little to learn and limited innovation. We are humbled by failure, it's a good thing. It keeps our egos in check, reminding us we are human and its ok to make mistakes.

Startups have many areas of assumption - the problem, the people who experience it, the product, the business model, the choice of cofounders, the founders approach to running the business, the choice of target market… the list goes on. We can’t be perfect from day one.


So if you’re feeling brave, like the idea of embracing failure for the right reasons and want to learn more about the way we work with startups at Nova, why not get in touch and join our mentorship programme, Startup School!

Join our free mentorship programme for investment and support!